There is a new kid on the block to compete with existing free PCB design software such as Eagle , KiCAD, gEDA, and DesignSpark. 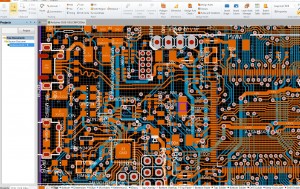 Altium recently opened a public beta of their new free PCB design tool, CircuitMaker. CircuitMaker is a free to use tool that incorporates many of the features of their several thousand dollar professional PCB design software, Altium Designer. Some of the things that set CicruitMaker apart from other free options are:

So, what’s the catch?

CircuitMaker can be a big step up from other free tools. I’d recommend giving it a shot and evaluating whether any of the negative factors are a deal breaker for you. If the software allowed for local storage and backup, CircuitMaker would almost be a no-brainer. Hopefully Altium will offer a free or low cost way to do so to reduce the massive risk of losing all of your work if Altium decides to stop supporting CircuitMaker and its storage cloud.