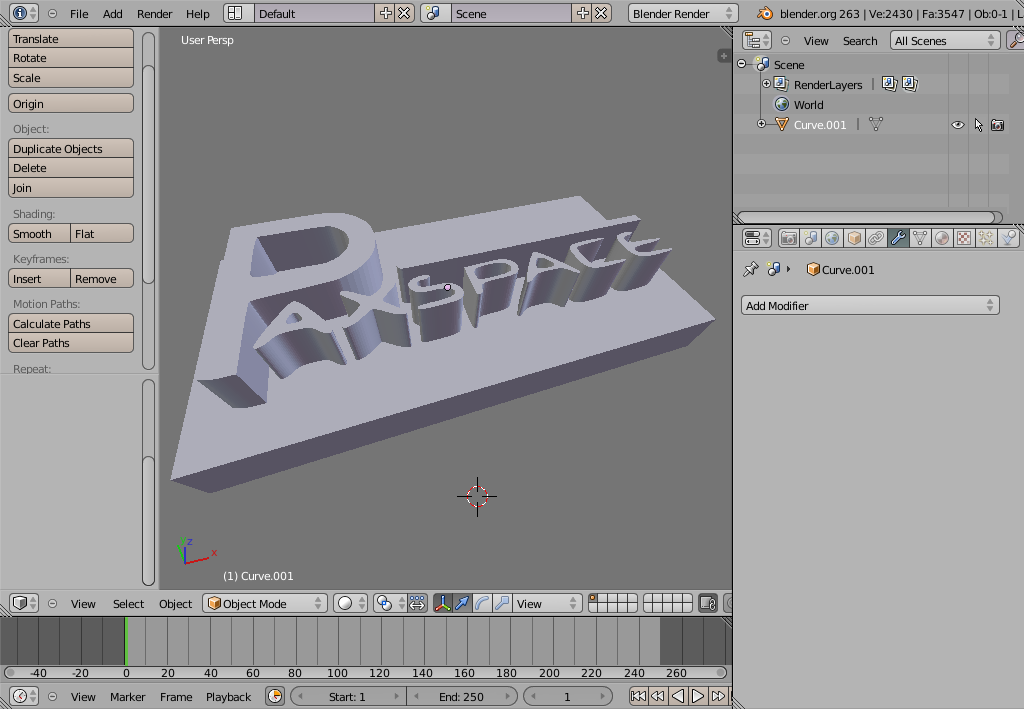 Everyone’s heard of using Sketchup, Solidworks or AutoCAD to do some sort of computer aided design. The one that is often left out is Blender, usually because of its unfamiliar and very feature rich (read bad) interface . I hope this class will be a start to rectify that notion.

… Blender is a free and open source 3D animation suite. It supports the entirety of the 3D pipeline—modeling, rigging, animation, simulation, rendering, compositing and motion tracking, even video editing and game creation. Advanced users employ Blender’s API for Python scripting to customize the application and write specialized tools; often these are included in Blender’s future releases …

This class will mainly focus on the Modeling aspect of Blender and how it can be used to create objects that can then be 3d printed.

So stop on by your local Makerspace and attend our new class.

Both members and non-members are welcome! Be sure to sign up!